You know what I say? Desert Borderland is the best borderland and whoever says otherwise is WRONG.

Let’s backtrack a bit and reminisce about the days before Desert Borderland hadn’t existed. There was only EBG and the Alpine Borderlands. They’re pretty great, right? Fewer choices. A simpler time.

Okay, back to the present.

“Desert BL is too big,” you might say. Or, “Navigating it is too hard!”

There, there, my friend. Not all hope is lost. Where there’s more room, there’s much more to do! Sure, you might fall to your death a lot since there are cliff faces and canyons galore, but did you know that at the top of every cliff there’s a bale of hay for you to land in, in case you need to make a grand escape? Just look for a hay bale at the top. Nine times out of ten, there is another one at the bottom you can land in if you aim right. What’s even better is that, due to not many people being in RBL in the first place, not everyone is aware of all their locations.

In other words: Need to escape from that pesky thief that’s trying to kill you? Hay is your friend. Of course, this might not work if that thief has gliding capabilities, or if your aim is poor, but the payoff for when it does gives you brownie points.

So, you’ve escaped that thief that’s trying to stick to you like glue. Now what? Well, there’s a whole lot more things to get participation points and experience from than in the Alpine maps. Do GBL and BBL have shrines? Nope! So that means that there are nine more things that you can capture on your own than you can in those maps. Let’s say that you manage to capture all three shrines to a keep your team already owns. They’re not only there for decoration, but those shrines give you a speed boost buff and, in the event that you have all three, you create a jump pad to navigate between the shrines. The best jump pads are the ones around Parched Outpost (also known simply as Air Keep) because they’ll turn you into a bird to give you scenic views of the canyons surrounding the keep.

Better yet, RBL even has the same number of camps, towers, keeps, and sentries that the other BLs have. Another bonus? The northmost camp on RBL has twomore dolyaks for you to kill if they spawn, making it a total of four yaks that you can potentially add to that Yakslapper title. With so many things for you to capture to your heart’s content, that vastness of the map diminishes.

Oh, but you might tell me, “But Azurene, this place is so confusing! It’s worse than trying to navigate the Tangled Depths!”

Here’s a quick trick: Roads are marked on your map. If you follow those, you won’t go wrong. If you see any bridges, they’ll take you from one plateau to another, no issue. But you know what? Boring! If you spend some time just exploring, you’ll find a copious amount of shortcuts that you can use for your own benefit. And that thief I mentioned earlier? He can’t port to you if you’re standing on one of the layers of the cliffsides. There are plenty of places to avoid the objectively most difficult profession to run from. The Alpine Borderlands don’t have those in such large quantities. (Disclaimer: Does not work if the thief has a ranged weapon.)

Also, because people tend to avoid RBL like the plague, if you just want to do some general PvE in your WvW and have less chances to encounter someone to fight, then RBL is your friend. Of course, you’ll likely find someone to try to kill you (or vice versa) because WvW isa PvP game mode technically. In that case, that’s a guide for another day.

Have fun! And may your death-count from falling damage increase because everyone forgets if they have gliding available, regardless of what map they’re in. 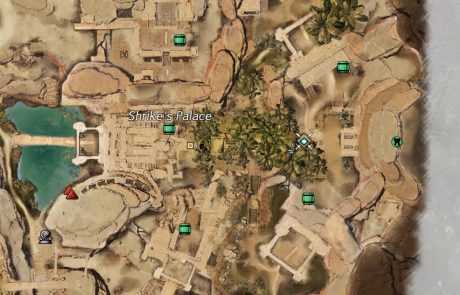 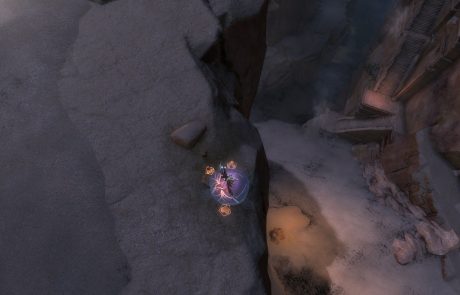 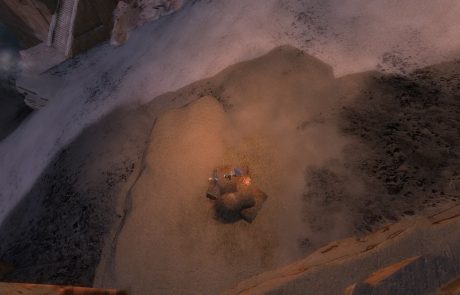